Howdy! It’s been a while since my last post. I’ve been rather busy in the last week finishing up WildBoarders for the competition. It’s uploaded and ready for download now. The game was created with XNA Beta 2 over two months. Go check it out along with all the other cool games in the contest entries section at xbox360homebrew.com. It has been a fun two months developing a game from the ground up. I’d like to thank Adam for his amazing art and helpful suggestions during the development phase, and for sticking around during those last few days to ‘get it just right' for release. There’s still some work to be done, but for now I’m taking a break and going to enjoy the upcoming holiday.

When I finally recover, I’m going to work on polishing up WildBoarders for a few months in my spare time before going full speed ahead on my next project. There’s still alot of stuff I didn’t get to and was hoping I’d be able to fiddle around with in the 2D arena (particularly particle effects and shaders). Also some of the levels could use a little clean up as a few sections were ‘rushed' to get it complete for the deadline. Not to mention sound could use a little work also. I don’t think I’ll go through the trouble of maintaining patches and such as I’ll probably just update the main download file and adjust the version number.

XNA Game Studio Express 1.0 is out! So hopefully in the next couple of weeks I could possibly get this ported to 360 to see how it runs, and also update this release to work with XNA 1.0. I’m sure there’ll be some changes needed in the code (particularly for widescreen support on the 360) to get it to run properly. In the meantime, I’ve got some code clean up to do and some gaming to catch up on (Oh how I miss you Zelda). 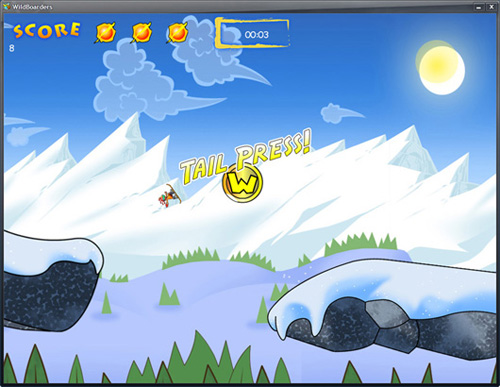