I was hoping to have an update a little earlier than this, but decided to hold off and throw together at least a bit of content with the update. I’ve added a slew of joints and controllers into the Farseer engine for Blitzmax (which I think I’ll just start referring to as just Farseer.BMX to save my poor little fingers). Below is a list of stuff I’ve added since the initial post:

Anyway, the video I posted isn’t that impressive but shows you that Farseer makes it pretty easy to setup different types of constraints and scenarios with just a few classes. There’s no new demo application to download for this update as I’m pretty close to finishing up the rest of the port, and would rather just wrap up a few more demos and get the code out there for others to use. Hopefully I’ll have more in a week or so! 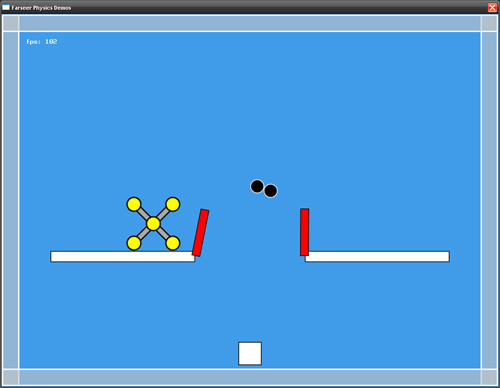