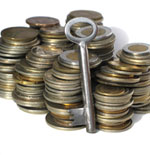 While I was working at a day job for the past couple of years I was gobbling up any info I could find on going fully independent and the what it takes not only from a business perspective, but what you have to change about your personal life, ideals, and expectations in order to make it sustainable. One of things that stuck out a lot was managing my burn rate. Minimizing the amount of money leaving my account wasn’t just a matter of not buying a Starbucks coffee (I don’t even drink coffee, but you get the idea). It required some fundamental changes in the way I thought about money and how it related to my daily life. Jeff Tunnell I think articulated it very well in his article, where he talks about “Right Sizing Your Life“:

The bottom line is that you cannot live downtown San Francisco, drive a Porsche, have three kids, eat out every night, have Starbucks two times per day, charge up the credit cards, and live the way most of society tells you to. If you want this stuff, start coding in Java and go to work for IBM. But if you want to enjoy your work, feel creative every day, and make games for a living, you will have to pay a price.

It sounds pretty obvious and seems straightforward. But it’s definitely easier said than done. The biggest problem being that if you are working a day job, if a decent one at that, you can afford a lot of extra expenses. Having a “steady paycheck” at a day job numbs that feeling of loss when I spent money. I would always spend within my means, but when my means don’t match up with what my “means” will be by the time I’m independent, I imagined I’de be in for a tough transition.

I tried all the obvious things: Stop eating out. Stop buying food/drinks at bars every weekend. Start cooking at home. Start watching less TV (canceling cable). Doing any of these cold turkey was a difficult feat. But like any sensible diet/exercise plan you should do it in moderation until you’ve achieved your goal. One of the things I noticed is when I find myself hanging around friends and socializing a lot, spending went up. It’s an obvious and natural occurrence, but I would think most people believe they are in control of how they spend their money. But in fact, at least in my case, where and how I spend my money is heavily influenced by what I am doing and with whom. You go to bars, movies, play games, eat out with friends. That’s not to say you should become an anti-social either. You just need to plan accordingly and figure out a way to fit your new goals in with your current social circle. For me, it became less of a spontaneous thing and more scheduled. If I knew I had plans later in the week to go out, I spent/saved accordingly to make it happen if it was possible.

I also tried a lot of money management software with mixed success. Mint was a popular choice and one I had used initially. It’s great for tracking where you’re money is going. But it’s biggest strength may be the weakest link in trying to change your spending habits. It’s a passive way of keeping track of your money. You have to be vigilante in looking back on what you spent after the fact to see why the numbers worked out the way they are. I decided to try a different approach by creating a habit of logging expenses as I went throughout the day spending money. Since I had my iPhone with me everywhere I went, it seemed natural that there’d be an app for that.

I  used Spend [iTunes] to keep track of my spending but also try to enforce some sort of budgeting. When I think about it, the idea here isn’t so much as to just “keep a log” of what I’ve spent, but to encourage a habit where the act of spending money requires me to reflect on it for at least the briefest moment. Spending with a debit/credit card is easy, but when I have to pull out my phone, load up the app, type in a description and price, the entire time I’m thinking about the act of spending money. It becomes a bit more painful, similar to spending real cash. This had a much better impact on my spending habits than Mint did. I could more visibly see in real-time where my spending was heading and how much room I had left in my budget. I become much more aware of all the “small things” I would spend money on throughout the day like vending machines, snacks, sports drinks while working out, etc. The specific app I use isn’t important, it’s more about developing a habit to be conscious at all times of where your money is going.

Having friends and family that support your goals goes a long way as well, not only in your spending habits but also in what you consider good ways to spend your free time. Fast forward a few years later, my day job is making indie games, my views on what I feel is important financially and personally has changed a lot and I feel a lot less stressed out about money in general. Just by trying to reduce my burn rate for several years I have a very clear picture of what I need in terms of finances in order to make this indie business sustainable. So in essence, I have a very good gauge as to whether I’m in trouble or not relative to how much I’m taking in. Also in an effort to reduce my costs even further, I moved back down to the deep south (Alabama). Living near DC is pretty expensive. It’s a pretty big move leaving DC behind because I loved that city. But in the end, being closer to family and life long friends in the south was a great bonus to saving a lot of money on living costs. I consider myself pretty mobile at this point in my life being single with no kids or spouse to look out for; so up and moving may not be an option for everyone.

Stepping outside the “rat race” is more than just becoming independent. You have to be willing to fight the pressure from those around you to change your thinking. Managing and minimizing your burn rate is one of many aspects of making the transition from “employee” to “self-employed”. Not the most detailed post, but hopefully will give those working-by-day-indie-by-night a few ideas to step a little closer to full-time.