It’s been busy, busy, busy as of late. We’re in full swing trying to get Tilt to Live HD ready for the iPad. It’s looking amazing thus far and plays a lot better than just the 2x mode for the original Tilt to Live. Frostbite mode just went out the door a few days ago, and the response has been positive so far. We’ve been getting some responses from users saying the game has become too easy in the other modes. I haven’t tweaked anything in the other modes for ages so my hunches to why users are believing this are:

I’ve tested the game on a 2nd gen ipod touch with iOS4 and it seems to run fine performance-wise. So it’s something I guess I’ll just keep on my mind when doing further updates to the game. Maybe revisiting Code Red mode and making it even harder could be a possibility to appease the hardcore users. 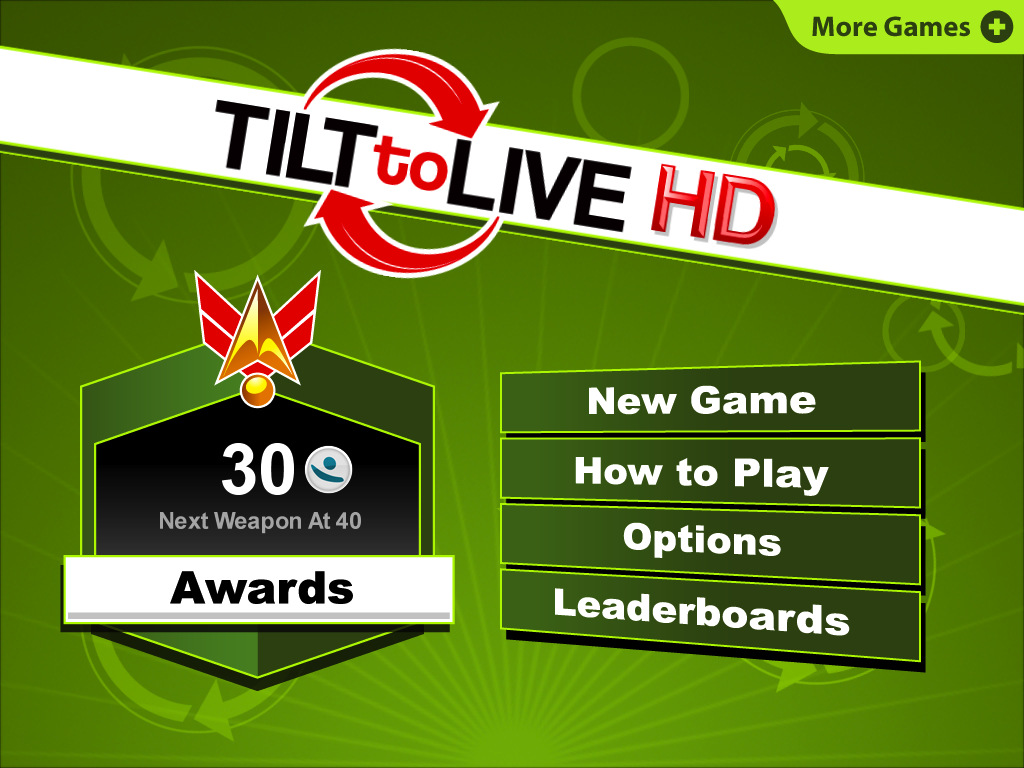 Whenever I have time to kill I go browsing through my RSS feed to catch up on things. I decided to share a few of my usual reading links. Maybe you’ll find something of interest in this pile as I tried to focus on reading links that are outside the iphone development community. A lot I’m sure are common go-to places for a lot of indie devs regardless of platform.

I feel like just about anyone that has any semblance of what goes on in the indie world is at least aware of Cliff Harris and his musings on his blog on both his own games and the industry as a whole.

Steve Gaynor’s [Bioshock 2] video game design blog. Always a good read and has valuable insights into not only the design of mechanics in games but about the medium of games overall.

For a time I worked mostly in XNA and C#. While most of his recent posts are about gearing up for windows phone 7 and other XNA tech, his technical but easily readable posts were extremely helpful not just in XNA, but any platform you may be starting out on. Great learning for those that don’t have true game industry experience (like me). His credits include Extreme-G (N64), Moto GP (Xbox/PC), and several other racing games.

Ok, not many updates for this blog but that’s not the point. Creator of Blitz Basic and Blitzmax. For those that don’t know anything about it, Blitzmax is a very nice cross platform language (PC/Mac/Linux) for developing 2D (and 3D) games. It’s a very small and friendly community, but one I spent a lot of time in when I first started getting serious about making independent games. The tech he currently is working on seems like really exciting stuff: A language that allows you to target HTML5, flash, XNA, Android, iPhone, native GL for game development. Very ambitious, but very exciting to keep tabs on!

Great graphics and game development blog. I believe he recently went to work for Google on Chrome OS. Great posts to browser through, and I’m sure some very useful ones in the coming future. Despite having a lot of ‘game oriented' blogs on my feed, I tend to follow developers outside the game industry as well. And now that he’s at Google, I’m sure lots of good will come of it :).

A great blog on finding the ‘hard to find in a book' answers to questions that come up during development. Like what’s a good way to keep you from creating a crazy object hierarchy but still have flexibility. Great thoughts on middleware as well.

I’ve been following Jake Birkett for several years now as I was going through high school and college. His success as an indie was very inspiring. Great place to read for motivational and lifestyle posts as well as general independent game development. He was also a very involved community member in the Blitzmax community, writing a pretty successful game framework to allow developers to more quickly make indie casual games on the PC.

If you haven’t heard of this site and Danc by now, then…I don’t know what more to say.

Andy Patrick’s blog. Great info from an experienced developer. He previously worked at Rare on Kameo and Viva Pinata. Hasn’t had an update in over a year but some good content on programming things like cameras, game programming in a garbage collected environment, and tool recommendations. One article I really liked was going over how to implement infinite undo/redo in an game editor.

Great site has articles focusing more on the marketing and business side of indie game development. Mostly geared towards the PC market, but I feel all of it is still applicable to the iPhone market.

Make it BIG in games

Another great game design blog. Less on the technical and more on the design and art of games. I’m ashamed to admit I don’t read enough of these articles.