I’ve started holding a particular mindset in regards to game design a little while after I started working on iPhone games, but I could never really articulate what I was feeling without sounding like a lazy game developer or religious nut. Danc’s article over at lostgarden reflects a lot of what I think about games as a medium, and what they can do, and where they are heading (good or bad). I’ve had this strange aversion to creating a gameplay ‘space’ where the amount of time spent playing a game almost directly correlates to the exact number of levels the game has.

Of course, any outsider looking in would probably see the flawed logic in that when you have the poster children of mobile games being heavily content driven. Danc argues that content heavy games aren’t the way to go and are inefficient game design. But just looking at the iPhone market, what he’s saying seems at odds with what is garnering consumer attention.  But then again, games like Angry Birds and Cut the Rope may simply be outliers. A glance at the top of the charts reveals Fruit Ninja, Bejeweled 2 (most likely due to Bejeweled 3’s release), and the ever present Doodle Jump. All of these games very light on ‘content’ and steeped deep in core mechanics. So maybe hope isn’t lost :).

The reason I was feeling a bit of concern is there seems to be an influx of games trying to replicate the Angry Birds formula. Tons of levels, quick to go through, and a simple mechanic to play with. This may be playing a dangerous game, especially if you’re an indie. An indie’s time is extremely limited, and getting on that ‘endless treadmill’ to churn out levels is definitely not something you want to find yourself in if you wish to move on from a game and pursue something new.

There is something to be said for content-driven games created by indies though. They can work, but the path is extremely long and grueling. And in the end, you’re creating an experience that borders more on a book, or movie, rather than a game. I loved Braid and Limbo to death as they were amazing experiences and I’m glad they exist. But in all honesty, it’ll be a very long time before I ever revisit either. Their memory is more like a movie in my mind, not a game. I recall scenes, imagery, atmosphere, and mood. Oddly, I barely recall the puzzles in either and the platforming mechanics are forgettable. The very things that differentiate them as games versus other mediums are the things I recall the least about them.

Despite thinking ‘static levels’ are bad, the market can and will reward a game that has a decently fun mechanic and just pumps out content for it, very much like a season on a TV show. So as an indie, the market won’t punish you for it. Although you may soon find you’re punishing yourself :). Another way to look at it is a meter of progress. Some players prefers games with discrete levels because it gives them a sense of progress and direction. High score games have little direction in their minds because the ‘end goal’ is to get #1 on the leaderboards, which in most cases is impossible so the game loses value and becomes more of a toy. It’s purely a mindset and expectation those players enter the game with and something a less ‘content’ driven game has to deal with.

One of the lines in the article that hit home the hardest for me was:

“As a designer, I feel like I'm wasting my life when I create a disposable game.” 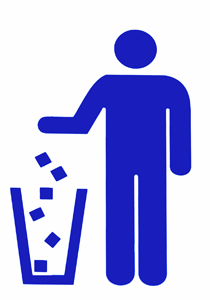 What’s interesting is that above thought is far less pronounced in my mind when I think about developing for say…The DS, Xbox 360, PC, Mac, etc. In the App Store there are literally thousands of games that can probably qualify as ‘disposable games’. I’ve played plenty of them, my friends have played plenty. And it’s not that they are bad games by any means, as we tend to get enjoyment out of them. It’s just that the amount of time we enjoy them is for but a fleeting second and then we move on. Gone are the months of hard work that designer/developer has put into that experience. Is it worth it? Why does this feel more relevant in the App Store? Is it because it’s harder to swallow that a $60 dollar game is disposable? Do those other platforms promote ‘deeper’ gameplay in general vs the more diverse App Store?

It’s not lost on me the context in which these games are played. Most are played a couple of minutes at a time, often times while the player is outside their home. So any long term investment needs to come from several play sessions over a very long time period as opposed to a more traditional game where investment usually comes in blocks of hours. Just because you’ll only have a few spare moments to entertain the player when they open the game doesn’t mean they also have to be the last. Words with Friends is an amazing example of this very concept, but I don’t think asynchronous play is the only answer to this, and beyond turn-based games isn’t a very good one.

Games like Angry Birds and Cut the Rope thrive on that concept by creating “tons” of static content that is consumable in very small time periods. Guess what? Once the player is done with all the levels, there’s little incentive to come back beyond the pure ‘fun’ of the mechanics. The question is, would players play the same puzzle again knowing the solution just for the sake of playing it? They seem to be in the content business now, which I guess isn’t a bad thing when business is good.

Some of the warmest comments I’ve received about Tilt to Live have been from players that begin their e-mails saying they’ve been playing this game since release. That’s 10 months and counting. If people are still playing it today, maybe we’ve created a game that isn’t disposable? I think Danc said it best about creating a deep game versus a content heavy game:

At a certain level of depth, a game transcends being a disposable blip and turns into a life-long hobby

That’s definitely a goal to keep in mind when I’m trying to create a meaningful game.