Tilt to Live HD’s Viva la Turret mode is now live and people seem to be enjoying it. One of the bigger hurdles in this prior update was getting in app purchases to work the way we wanted them to without violating the standard user experience of IAP. I figured I’d share how I went about solving this for Tilt to Live HD specifically. We had a few business goals in mind:

In a way, it seems our two goals were at odds with each other. We wanted players to have an optional upgrade, but at the same time we didn’t want the ‘full version' to break down into “meh..it’s kind of the full version..but not really". Our solution was to treat it as a paid upgrade for existing users, but bundle the new mode in with any new customers who bought the full version of Tilt to Live. The caveat being we did not want to break it down into some sort of ‘store' list, where a user could inadvertently end up buying the wrong version and be double charged for overlapping content. We were pretty proud of the IAP integration in HD where it was a relatively seamless experience that didn’t involve any UI that required a “store" button. We simply showed you the gametype option and it was locked if you didn’t have it, and unlocked if you did.

With the additional new mode, we now had 3 basic states you could possible be in. 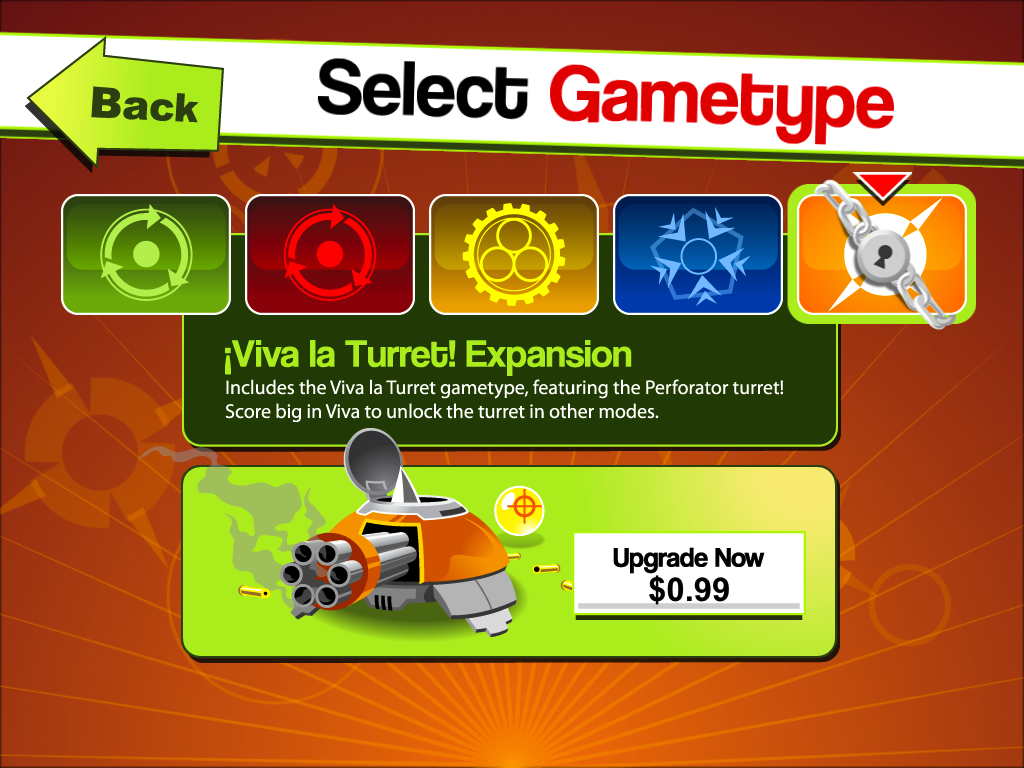 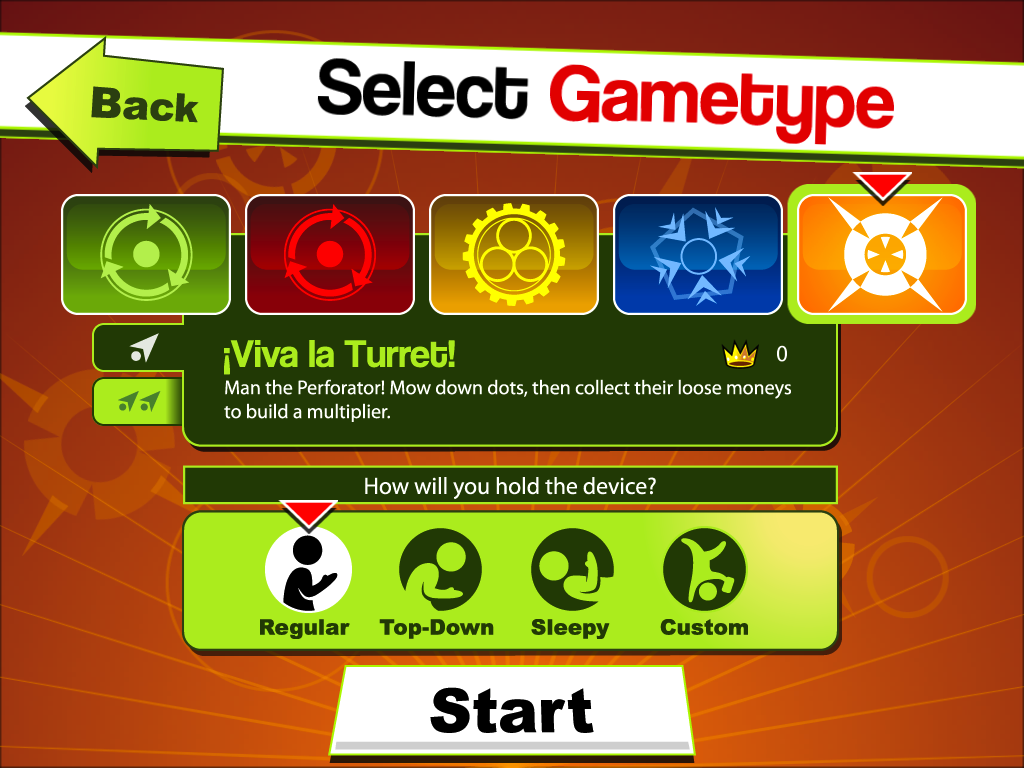 Now this sounds all well and good and pretty straight forward when I first considered it. Then came the technical details:

The riskiest thing was that I did not want to have a situation where a person could inadvertently buy the entire brand new ‘full version' IAP when all they needed to buy was the small turret IAP. With the StoreKit API lacking any sort of method to determine a user’s purchase history, and with Tilt to Live HD not using any sort of server solution to track receipts,  I was running out of ideas. Then I got the idea of experimenting with a little “hack" to simulate the same IAP experience.

When a user taps on the ‘buy' button for any IAP in the game I decided to instead force it to restore purchases all the time. Using a small collection of state variables when a restore was finished I would check to see if what they were purchasing was in line with what was restored:

When going about implementing this I had a few false starts and dead ends, but after re-reading the documentation and a bit of experimentation I finally grokked most of the restoration API from StoreKit.

There are two methods involving the end of restoring tranactions. There is one that is called at the end of each IAP item restored:

And then there’s a method that is called when none, or all IAP items have been restored:

The former I left alone to act as it normally would under any restoration of transactions. The latter method, I modified to behave as an ending point if the user really tapped on ‘restore purchases' or a beginning point to analyze what was restored and to continue with the purchase if needed. Below is the method in full in case you’re curious:

I can’t say this is the most ideal solution since I feel it’s using the StoreKit API in a slightly unorthodox way, but it works well. So this is one way of implementing a ‘paid upgrade' for IAP items. If we were selling more items in a more ‘freemium' type model ```IAP I didn’t bother generalizing.