Keep in mind, a lot of the rambling below is in the context of me being neck-deep in working on Outwitters, which is a strategy board game. I’m constantly thinking of ways to present games, their systems, and their objectives to people. Notice I said people, not gamers, or casual gamers. Sometimes I even look around my own environment and question “why the designer wrote that message the way they did”. Sometimes it’s obvious they gave little thought to the message and scribbled it on some printer paper for all to see on their store front. Sometimes it’s spot on and even clever. Other times, I question their decisions: 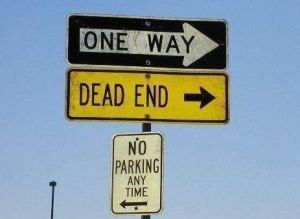 I’m constantly always surprised by how confusing traffics symbols can be. When your speeding down a new stretch of highway at 70mph you don’t really have a “2nd try” at figuring out what a sign means. Sure, the locals all know that this exit sign is mis-labeled or too close to the actual exit to realistically act upon it, but I’d argue those signs should be made with an emphasis on new people to the area.

In any case, I think about this habitually, but sometimes I wonder if it’s even making a difference to a certain segment of the potential audience. I can really only speak from personal anecdotes, but I’m starting to think reaching out to the “non-gamer” crowd is less about how well your UI is designed and more about how socially engaging it is. I will use my mother’s gaming habits, for lack of a better example.

She will not play a new game on her own accord. She does not seek them out, and the usual ‘marketing venues' one would use to garner an audience for an iOS game completely bypass her and her demographic. I can hand her a game, but she will ‘demand' that I tell and show her how to play it. If I walk away, she’ll lose interest. If I stay, she won’t bother with tutorials or help menus and simply ask what to do next. For her, games are social experiences and she has to be ‘introduced' to a game by another physical person who already knows the rules. But once she does understand the game, she’s no less engaged or competitive than a ‘typical' gamer. Am I crazy in thinking there’s a large segment of the audience like this that is incorrectly labelled as a ‘non-gamer'?

No amount of well though-out UI design, tutorials, or marketing will capture this kind of person. Is this why Nintendo struck gold with the Wii since the vast majority of their mega hits were multiplayer-centric wii games? Were they able to tap the “non-gamer” market by selling an experience that was championed by the gaming enthusiasts who brought home these devices to their curious “non-gaming” family members?

Then there’s the typical, mainstream view of a gamer. He/She isn’t afraid of new systems or paradigms. In fact, they seem to be curious and love trying out novel ideas, and don’t require another person to introduce them into the game. When something confuses them, they don’t throw up their controller in frustration, or look to a friend to get an answer immediately. They fiddle with the controls, dig through the menus, and sometimes even go online to find an answer. To them, a well designed UI means something and there’s a tangible benefit in reducing the friction to learning how to play the game.

I imagine they have their limits though, present them with a genre they feel they don’t care for and with a ruleset that takes a little more than a minute to understand and they’ll probably walk away from an experience that might’ve actually been pretty fun. Or, hell, get a console gamer to try to install, setup, and play a PC game and you’ll see what I mean, all before they even get to run the game.

Then there are hardcore gamers who just love the idea of solving problems. Games in themselves largely revolve around this fact, and anything inside or outside the game’s fiction is a problem waiting to be solved. This sometimes borderlines on ‘geekiness'.  Picture the guy that will tinker with his computer for hours to get a game to work. No amount of rules, or depth will deter them from at least trying to get involved in a game they see as potentially enjoyable.

These kind of gamers can introduce games to “non-gamers”, and the great social experience that results is better for it.

Now Back To Design…# 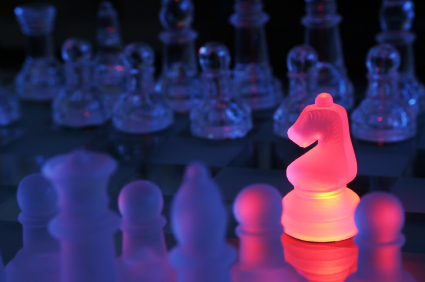 For the iOS platform, who do you design for? It seems trying to come up with clever ways to engage the mistaken non-gamers through tutorials and UI won’t help them directly as they depend on social interactions to guide them through a game. Think of new players playing a board game for the first time with family or friends and how that interaction ensues. This is where they get most of their information. Yet, if you design with the ‘non-gamer' in mind, you’re helping the actual gaming crowd gain easier access to your game, which hopefully will result in them being the person that introduces this game to their friends and families. In a weird way, you’re designing systems and interactions to help someone become a living tutorial for your game.

Does this mean if you wish to target the “main stream”, and as a result, the widest audience, that you should be designing games with social interactions being the core of the experience? It seems a good number of the recent iOS successes are building off of this idea. Given the pressure in most gaming enthusiast circles to always have some sort of solo experience built in, do you even bother with it knowing that most of your “non-gaming” audience doesn’t even care for it? For example, is a single-player mode for Monopoly really necessary? I could never envision my family or friends playing on their own, but put them in a room together and it’s usually a great time.

It’s all interesting stuff to think about as I look at how Outwitters is shaping up to be versus how we originally envisioned it so many months ago. The social experience I think is absolute key in making a game like this widely approachable.