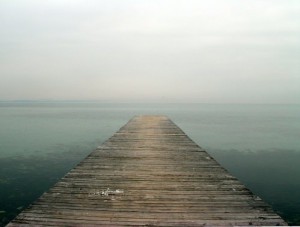 Looking back at some of my old blog posts where I contemplate and muse about long term career goals; I would have never guessed 9 months later I would sitting here having accomplished one of my ‘loftier' ones: Become a full time independent game developer. It’s been 23 days since I cut the chord and went full time indie. And the range of emotions are wild and varied as I flail about trying to get settled into a new and super exciting lifestyle. Having been laser focused on such a goal for what seems like forever, it’s a bit jarring at times to think that challenge of “going indie” is over and done with. I now have to come to terms with my new found freedom, and stay focused while trying to switch gears to newer long term goals.

It feels like a weight has been lifted as I haven’t had to make some decisions for the past few weeks as I did for the past several years: Do I hang out with friends, or work on that feature for game X? Do I call person Y back to catch up on things or keep working for the next hour before I have to sleep and get up to go to my day job? Do I skip working out today to squeeze in an extra hour to finish up this last build? Do I work through the weekend to catch up on lost dev time or take the time to get to know person Y better?

From all the indie devs I’ve talked to, doing this type of work is a 24/7 job. And it certainly feels that way, but less ‘compressed' so to speak. I’m constantly thinking of what needs to be done next, whether it’s send out press e-mails, catch up on support e-mails, bug hunting, developing, prototyping, yadda yadda yadda. But having those extra 8-12 hours in the day now certainly helps keep me sane. And I’m aware I’m probably feeling a bit more relaxed right now because we’re at the tail-end of development of Tilt to Live, instead of in a ‘crunch time' period for another game. So I’m enjoying it while it lasts. But I can’t shake the feeling that the last 5 years of my life has felt like crunch time, and I’m only now returning to some semblance of normalcy. That’s if you can consider a career in making indie games normal.